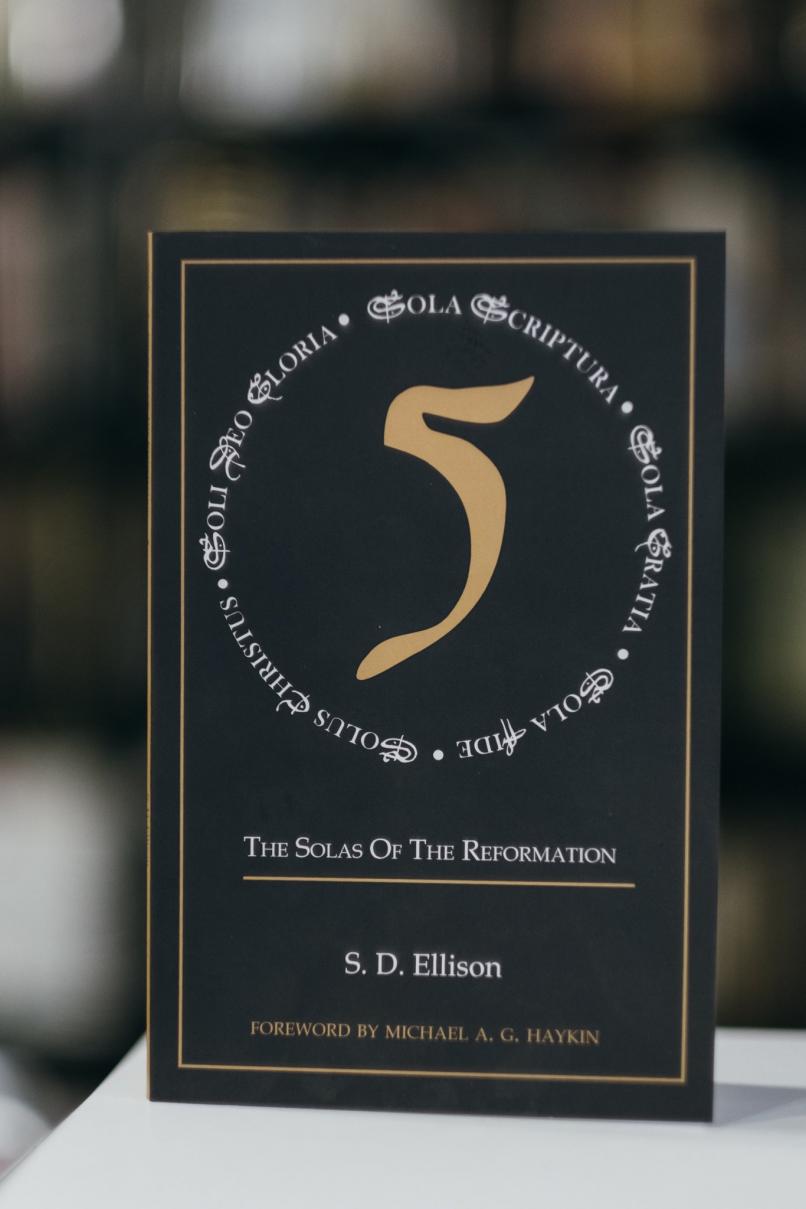 This post first appeared at historicaltheology.org and is used with their kind permission.

The Famous Five: The Abiding Relevance of the Solas of the Reformation

The Five Solas constitute five famous Latin slogans that effectively summarize the most significant themes in Reformation Theology: Sola Scriptura, Sola Gratia, Sola Fide, Solus Christus, and Soli Deo Gloria. These Latin slogans are often translated as: Scripture Alone, Grace Alone, Faith Alone, Christ Alone, and Glory to God Alone. While it was not until the twentieth century that these Solas appeared as a five, they succinctly summarise the theological convictions that underpinned the Reformation.

Sola Gratia is the assertion that salvation is by grace alone. The sinner experiences salvation at the behest of God’s grace; humanity neither desired nor earned their salvation. Rather, God moved toward humanity in grace. The motivation for salvation resided in God’s good grace alone.

Sola Fide is the assertion that salvation is through faith alone. In the medieval period, the Catholic Church taught that the illiterate, uneducated population could experience salvation by obedience to and trusting in the teaching of the church. In response, the Reformers argued that an individual must exercise nothing more than faith.

Solus Christus, Christ alone, is to be the object of that faith. Salvation is to be found in Christ and no other. The Catholic Church may urge its parishioners to trust in the sacraments, but the Reformers were resolute: salvation is appropriated by trusting only in the unique person and work of Jesus Christ.

The capstone cry of Soli Deo Gloria, glory to God alone, constituted a controlling place in the thinking of the Reformers. Every single aspect of life was lived Coram Deo, before the face of God, and so, because God sees all, the motivation for every action must be pleasing God.

These are The Famous Five of the Reformation: Sola Scriptura, Sola Gratia, Sola Fide, Solus Christus, and Soli Deo Gloria. Scripture as the final authority, salvation by grace, through faith, in Christ, and a life lived to the glory of God are truths that radiate from the lives and writings of the Reformers. These Latin slogans operate in a similar manner to a blurb on the back cover of a book: they are certainly not the totality of Reformation theology, but they serve as a fitting summary. More, they entice you to explore it further.

Some may ask, “Can 500-year-old theology remain relevant?” In response to such a question, I want to make two initial comments. First, the theology that the Five Solas summarizes is far more than five hundred years old. The Reformers read these truths out of Scripture. The Five Solas are thousands of years old. Second, it is precisely because they are that old that they remain relevant today. The Famous Five do not simply summarize Reformation theology they summarize foundational gospel truths as presented in the Bible.

In a society that rejects all authority, and feels the pain of such rejection, the Five Solas remain relevant. Sola Scriptura reminds us of the ultimate authority. The Creator has not left his creation without a means of knowing and responding to him. We have not been left to our own devices. Humanity is not abandoned to pursue some mysterious word from some unknown deity. The Creator has spoken, and his creatures have access to his word. The Famous Five remain relevant by calling the cosmos to submit to its final authority: Scripture.

The Five Solas remain relevant as they clearly point the way for individuals who are searching for salvation in all the wrong places. True salvation is found by grace, through faith, in Christ, not in money, power, and sex. Moreover, if salvation is all of grace through faith in Jesus Christ, our confidence should not be shaken. Salvation originates outside of us and therefore our assurance should likewise rest in another. Attempting to redeem oneself is both futile and wearisome, in this The Famous Five remain relevant as they point to true and lasting rest.

In a world that is consumed with self-glorification, the Five Solas remain relevant by bringing liberty. This freedom is achieved by pointing us to the one beyond ourselves to whom all our praise should be directed. Humanity was never created to be worshipped; we eventually crumble under this weight. Rather, humanity was created to worship. As a result, worship permeates the entirety of our life. Since all of our lives are an act of worship the Reformers rightly asserted that there is no such thing as secular and sacred. By reminding us that all of life is lived before the face of God The Famous Five remains relevant.

For more on the content and continued relevance of the Five Solas check out Davy’s recent book, Five: The Solas of the Reformation.